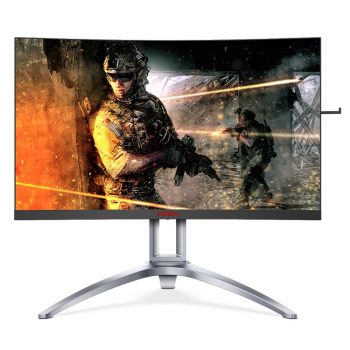 AOC are set to release a new model in their AGON 3 series of screens. The AG273QCX is 27″ in size and features a VA panel with 2560 x 1440 resolution and a 1800R curve.  A native high 144Hz refresh rate is supported along with AMD FreeSync 2 for variable refresh rates. A strobed backlight is also offered for motion blur reduction benefits (and giving rise to a 1ms MPRT spec mentioned).

In addition the screen is advertised with a VESA DisplayHDR 400 certification but in reality it doesn’t offer any true HDR support, other than being able to receive an HDR input signal. There is no local dimming offered and peak luminance is only 400 cd/m2, but it does at least offer an extended colour gamut covering 90% of the DCI-P3 reference space.

The screen is expected to be available around December time, final pricing is to be confirmed.

The Future of IPS Panels? – Is “IPS Black” Good, or Just Marketing B.S.?